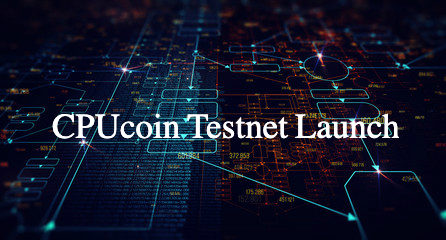 CPUcoin (cpucoin.io), developers of the Content Generation Network (CGN), today announced the launch of its testnet to meet the content preparation needs with lower costs and enhanced scalability for some of the largest e-tailers and media companies in the world.

Much like how Airbnb owns no real estate but operates a powerful platform, CPUcoin owns no infrastructure but has developed a network that drastically reduces cloud infrastructure costs for B2B and B2C enterprise users. CPUcoin’s Content Generation Network pays users for the idle time of servers, mobile devices and PC computers. Then, it pulls together unused computational resources and restructures them into a vast, highly scalable, reliable network. The company then leases this infrastructure to the operators of cloud-based applications, who will use the powerful, convenient and reliable systems to operate their services at scale and at lower costs than conventional methods. For a more detailed breakdown of the CPUcoin testnet, please visit this Medium Article.

The testnet launches with an enterprise DApp called MediaRich Publisher. The CGN-enabled Publisher DApp provides testnet users a web-based visual interface that allows them to access the Content Generation Network, try out a number of resource-intensive media processing tasks and visualize connected third-party miners working together to generate content in real time on the network.

“Globally, nearly a hundred million servers and more than two billion PC’s and mobile devices are powered on and running at any given time, with roughly 30% of those resources sitting idle,” said Sean Barger, Managing Director of CPUcoin. “The amount of powerful, available but untapped compute power is so vast, it’s difficult to grasp. With CPUcoin’s CGN, we’ve created a way to put this compute power to use to solve real world enterprise-class tasks while enabling developers to scale their business at a fraction of the cost.”

The CGN ecosystem utilizes a new utility token, CPUcoin, an ERC-20 compatible token providing a specific amount of CPU/GPU power per coin minimum. As the native currency of the CGN, it will be the digital asset used to pay for consumption of services, as well as for making payouts to providers of idle computer time and DService developers. With CPUcoin’s testnet launch, individuals and entities can contribute available computational and bandwidth resources to the CGN to do the computational work of running DServices, e.g. mining, in exchange for earning CPUcoin. To learn more, please go to CPUcoin.io.

The Content Generation Network mainnet is targeted to launch in Q1 of 2020 with a built-in customer base to ensure adoption of the network. The first decentralized service to run on the CGN, MediaRich, currently powers multiple Fortune 500 companies including Walmart, Adidas, Warner Bros, and The Department of Energy.

Don't miss out, stay updated on the latest news!